Government will use anti-hoarding laws to take your food, water and supplies 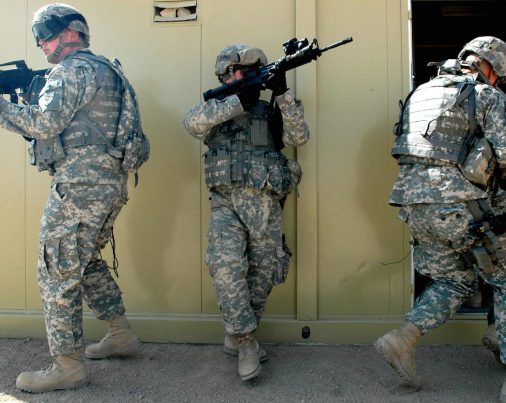 (Bugout.news) On April 5, 1933, with a desperate nation in the throes of the Great Depression, President Franklin D. Roosevelt signed Executive Order 6102, “forbidding the Hoarding of gold coin, gold bullion, and gold certificates within the continental United States.” The effect of the order, in conjunction with the statute under which it was issued, was to criminalize the possession of monetary gold by any individual, partnership, association or corporation, and at a time when Americans were desperate to regain lost wealth.

Fast forward to 1994. Then-President Bill Clinton issued an executive order that combined a number of laws that would take effect in the event martial law was declared. One of the laws including in his order, EO 10998, permits the federal government to seize hoarded food supplies from both public and private holders.

“Some people may feel the federal government does not have the right to confiscate stored food in the event of a national emergency where access to food is limited,” notes eHow.com. “They believe the Fourth Amendment of the Constitution — which prohibits unreasonable search and seizure — protects their privacy and should be upheld to protect their food supplies even if other people do not have access to food in a disaster.”

Only, that’s not going to be the case, as any declaration of martial law would essentially nullify any constitutional protections and civil rights that inhibit the government from self-preservation and preservation of the civil society.

In fact, the government’s hand – not yours – was strengthened even further in March 2012, when President Barack Obama signed the National Defense Resources Preparedness executive order, which “grants the Department of Homeland Security, the Department of Agriculture, the Department of Labor, the Department of Defense and other agencies complete control of all U.S. resources, including the ability to seize, confiscate or re-delegate resources, materials, services, and facilities as deemed necessary or appropriate to promote the national defense as delegated by the following agencies,” SHTFPlan.com reported.

Included in the order is all farming equipment; all forms of energy and energy production; “food resources,” which means all food commodities; all water resources; and so forth.

What’s more, under the order all Americans are automatically registered with the government according to their skill level, so – like the military draft – they can be forced to perform jobs and services the government deems vital to the nation’s functioning [as part of a National Defense Executive Reserve].

And by the way, it won’t just be your food and water the government will take; if you’ve stored fuels, weapons, medicines and other supplies, Uncle Sam will help himself to those items, too, leaving you nothing but dependent (and vulnerable).

We bring you this information not to make you angry, but to make you think – about who you tell of your preparedness plans and what items you’re stockpiling; about where you may consider moving your stash to avoid detection; about finding additional ways to feed yourself in times of trouble. A food-and-water stash won’t do you any good if it’s confiscated “for the greater betterment of the country,” so you ought to take the time now to consider ways to protect what you’ve built or what you’re building.

Bugout.news is part of the USA Features Media network of sites.