12 lessons for surviving war after a financial collapse 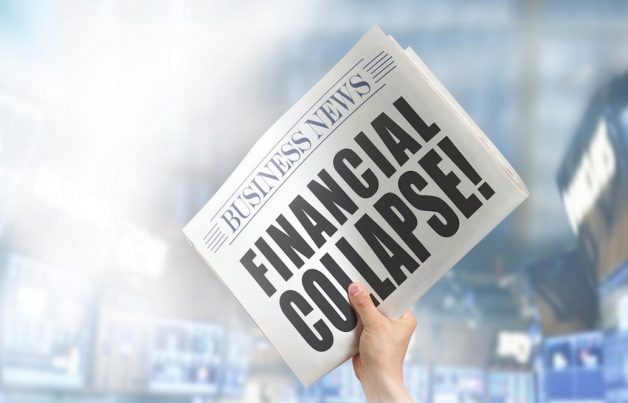 (Bugout.news) The ongoing crisis in Ukraine is saddening to behold, but there are a number of valuable lessons to be learned from the plight of the citizens who live within its contested regions. This was a stable and relatively prosperous country that descended into chaos in the span of less than a year.

Many financial analysts and other experts are predicting an economic collapse in the United States sometime in the near future. It could be a matter of months or a few years, but there is agreement among a growing number of informed parties that the U.S. could be facing a roughly similar breakdown of society following the collapse, with the imposition of martial law or even civil war being among the possible outcomes.

Fernando “FerFAL” Aguirre, of TheModernSurvivalist.com has published a list entitled “12 Survival Lessons from Ukraine,” based mainly on the survivalist blog entries of a Ukrainian citizen who calls himself George1980.

Aguirre provides detailed descriptions of each entry in his list, and it’s an informative and interesting read. I highly recommended it for those who would like to adequately prepare themselves for whatever possible conflicts may lie ahead in our own future.

Here is his list, along with my brief synopsis of each item:

“Artillery & infantry beats survivalist hero fantasies. Every. Single. Time.” – – The Ukrainian crisis has proven once again that even a well-armed citizen is virtually powerless against an entire army. It is folly to think that an individual or even a group of people with light weaponry can stand against an invader armed with planes, tanks, artillery, missiles and bombs. This doesn’t mean, however, that you should not stockpile at least some weapons for protecting yourself and your family when SHTF.

“Cover the basics. Food, water, shelter and medicines.” — The thousands of people in Eastern Ukraine who have little or no food, water, fuel, electricity and other survival essentials are ample evidence of why it is so important to stockpile the basics in case of a prolonged disaster scenario.

“Don’t get involved.” — In times of serious social upheaval, it’s probably best to steer away from political rallies and demonstrations if your aim is survival. Being seen or photographed in the wrong place at the wrong time could lead to the loss of your freedom — or worse.

“Attitude, clothes, and gear can get you killed or arrested.” — Looking or acting in such a way that makes you stand out can be dangerous in times of upheaval. Maintaining a low profile
could be one of the important keys to your survival.

“Learn to deal with checkpoints.” — In a martial law or wartime situation, checkpoints are common. It’s important to consider what to carry and how to act when faced with passing through a checkpoint.

“Guns can save you, but they can also get you killed.” — Knowing when and how to carry a weapon is just as important as knowing how to use one. There may be scenarios in which it makes more sense to hide, ditch, trade or sell a weapon rather than be found with or be seen carrying one.

“Get a Glock 9mm and a rifle with a folding stock.” — When selecting your firearms, choose ones that are light, easy to conceal and easy to trade or sell. A 9mm Glock and an AK are two good choices.

“Passports and ID are crucial.” — Only about one-third of Americans even have a passport. Passports and valid IDs are crucial for passing checkpoints or leaving the country in an emergency. It’s easy to obtain a passport — everyone should do so before the need to use it arises.

“Cash is king.” — In the case of a financial collapse, a nation’s currency may quickly become nearly worthless due to inflation. It’s a good idea to have some other currencies, such as euros (as well as gold or silver) in the event that the dollar collapses.

“Work on your EDC.” — EDC stands for “Every Day Carry” — a collection of tools essential to survival. Make sure you have at least one multi-purpose tool and a selection of specialized tools to get you through emergencies.

“Open an offshore account.” — In the case of a SHTF scenario, it’s extremely wise to have money stashed in a safe place outside of your own country.

“Be ready to bug out and know when to do so.” – Don’t wait until an economic collapse or other disaster scenario happens before you begin to plan how to survive. Start preparing now or you may find yourself in an extremely dangerous predicament — those who aren’t at least moderately prepared won’t stand a chance when the SHTF.