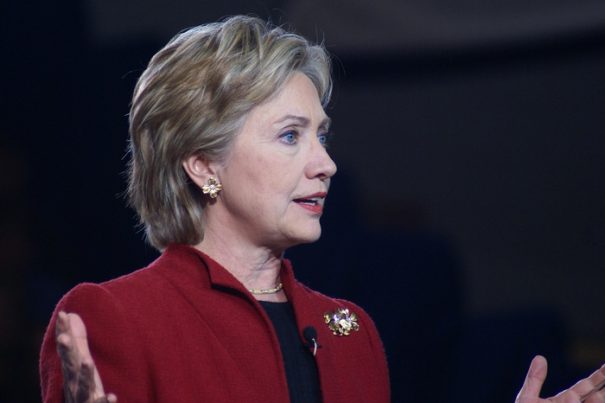 (Bugout.news) We don’t do much pure political reporting here because you can get so much of that somewhere else and it’s not particularly relevant subject matter for our site. But one particular bill caught our attention a few days ago because of the massively dangerous threat it addresses: The national, multi-year destruction of our power grid, and the ensuing social eruption such an ordeal would create. This is actually good news, though, because in an era of bitter partisanship, the fact that one Senate panel agreed so universally means this measure is being taken very seriously and not being politicized because, in a grid-ending event, we all lose, no matter our political affiliation.

A U.S. Senate commerce committee on Tuesday gave its unanimous approval to a bill designed to improve space weather forecasts and better protect the nation against ominous solar explosions capable of leaving up to 40 million Americans without power.

“Space weather can disrupt a number of technologies on Earth and in our skies, including radio waves, communications satellites, GPS and the electric grid,” Peters said during Tuesday’s hearing.

As an example of the type of disruption he was talking about, Peters mentioned the so-called Carrington Event of 1859, a powerful eruption of highly charged solar plasma that slammed into Earth, created sparks and fires near telegraph equipment and made the Northern Lights visible as far south as Tahiti.

“A solar event similar to the famous 19th-century Carrington event would put 20 million to 40 million Americans at risk of power outages ranging from 16 days to one to two years,” Peters said, adding that the economic toll of such a disaster could reach $2.6 trillion.

Charity Weeden Sr., the director of policy at the Satellite Industry Association, told AMI Newswire that space weather warnings and predictions are among the important priorities facing the industry at this time. Weeden said space weather can disrupt communications, damage solar panels, short-circuit electronics and create drag on low-orbiting satellites.

“Warning and prediction of these events can help satellite operators troubleshoot an issue on-orbit,” Weeden said. “Shielding and turning off high-voltage instrumentation may be some ways to mitigate effects of space weather, but there is not much that can be done to eliminate communications disruptions from satellite to the ground.”

During Tuesday’s hearing, Sen. Edward Markey (D-Mass.) added language to the bill clarifying the role of the Department of the Interior in working with other nations to develop better models of the conductivity of the Earth’s crust.

Sen. Brian Schatz (D-Hawaii) pressed for wording that called on the National Oceanic and Atmospheric Administration (NOAA) to include the options of micro-satellites and ground-based instruments to help with solar imaging.

According to a San Diego company that has taken part in numerous scientific modeling projects, the chance of another Carrington-type solar ejection hitting Earth over the next 10 years is 12 percent.

The space weather bill is designed to improve the nation’s ability to predict when dangerous bursts from the sun are headed toward Earth and to mitigate harm to both satellites and the energy grid.

One of the bill’s key provisions to assure adequate monitoring of space weather is by calling on the NOAA to plan for a backup for the nation’s only satellite currently sending imagery on space weather that affects the planet.

The Solar and Heliospheric Observatory, which was launched in 1995, has passed its projected design life, so if it breaks down, the nation would be unable to make accurate forecasts about space weather.

Over the past week, the Senate Appropriations Committee voted in favor of NOAA’s efforts to enhance its space weather program by assembling two new satellites in the years ahead.

The bill also better defines the roles and responsibilities of NOAA, NASA, National Science Foundation, the Department of Defense and the Department of Homeland Security in dealing with the threat of highly charged space weather.

According to NASA, a geomagnetic storm less powerful than the Carrington Event knocked out the power grid in the Canadian province of Quebec in 1989, leading to a nine-hour power outage that affected six million people.

The space agency also reported that in 2012, a massive coronal mass ejection from the sun that could have disabled electronic devices and blacked out large areas narrowly missed the planet.

“Space weather is not science fiction,” Peters said. “If we do not prepare ourselves, the impact could be catastrophic.”

Extreme space weather can cause geomagnetically induced currents on Earth, leading to overloaded circuits, the melting of heavy-duty transformer components and power outages. Accurate predictions, however, allow the utility companies managing the grid to disconnect endangered transformers from the system until the solar storm passes.

Such coronal mass ejections of charged particles from the sun can take as long as three days to reach the Earth, but in some extreme cases the warning time might be as short as 15 hours, scientific studies have concluded.