FLASHBACK: ‘Homeland Security’ monitoring the Web for any signs of social unrest 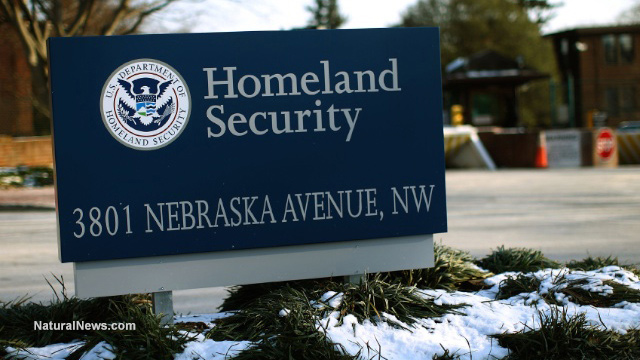 (Bugout.news) How out-of-hand has the “war on terror” become? So much so that now, the Department of Homeland Security has taken to monitoring social media Web sites trolling for would-be terrorists, as if the world’s most dangerous killers were Tweeting their plans.

Only, DHS isn’t just trolling for terrorists by monitoring Twitter and Facebook. No, the department – which at least one presidential contender, Rep. Ron Paul, believes is out of control – is wasting valuable and limited assets evaluating media reports, organizations and news sites like The Drudge Report for anti-government attitudes and social unrest.

But wait, you ask. What does monitoring American-based Web sites and social media applications have to do with the war on terror? Probably nothing, but you may remember that the Department of Homeland Security was born out of legislation passed immediately after the 9/11 attacks to protect “the American people from terrorist threats.”

You’re not the only one who isn’t buying the spying. The Electronic Privacy Information Center, a watchdog organization looking to protect civil liberties, privacy, the First Amendment and constitutional values in an increasingly interconnected world, has convinced a House subcommittee that the DHS activity is suspicious enough to warrant closer examination. The hearings come on the heels of the group’s acquisition of some 300 pages of DHS documents resulting from a Freedom of Information Act request which lay bare the agency’s “intelligence gathering” activities online.

“The Department of Homeland Security’s monitoring of political dissent has no legal basis and is contrary to core First Amendment principles,” says EPIC’s director, Ginger McCall, who says a government agency that monitors what ordinary Americans are saying about federal policies goes too far, and has direct implications on freedom of speech.

“The language in the documents makes it quite clear that they are looking for media reports that are critical of the agency and the U.S. government more broadly,” she said. “This is entirely outside of the bounds of the agency’s statutory duties.”

EPIC says documents it has obtained show that DHS has used contractors to monitor Twitter, Facebook, Hulu, Wikileaks, Drudge and other news sites including the Huffington Post. The documents reveal that the contractors were required to provide DHS with reaction regarding potential “threats and hazards,” as well as any media reports that reflect adversely on the U.S. Government and the Department of Homeland Security (D.H.S.) ability to prevent, protect and respond, to recovery efforts or activities related to any crisis or events which impact National Planning Scenarios.”

The program should also highlight “both positive and negative reports on FEMA, C.I.A., C.B.P., ICE, etc., as well as organizations outside of D.H.S.,” the documents said.

Looking over your shoulder

Now, DHS officials admit that, yes, the agency was monitoring the Web for any negative opinion of the government. But they said the operation was only undertaken as a one-and-done test, then quickly dropped, because it didn’t meet “operational requirements or privacy standards” which “expressly prohibit reporting on individuals’ First Amendment activities.”

EPIC says that, based on what it has discovered that explanation doesn’t ring true. Rather, the organization says DHS believes the monitoring program is one that should be repeated.

“They are completely out of bounds here. The idea that the government is constantly peering over your shoulder and listening to what you are saying creates a very chilling effect to legitimate dissent,” says McCall.

Last year a Senate panel voted to codify into law DHS’ Internet-monitoring, as reported by NextGov:

Under the new Federal Cybersecurity Enhancement Act of 2015, DHS would be allowed to override an agency’s objections to using the tool, called EINSTEIN.

Within a year, DHS would have to deploy the technology “to detect cybersecurity risks in network traffic transiting or traveling to or from an agency information system,” and to block that problematic Internet traffic, according to the bill.

Bugout.news is part of the USA Features Media network. Check out our daily headlines here.