Are U.S. cities about to be targeted with propane bombs? 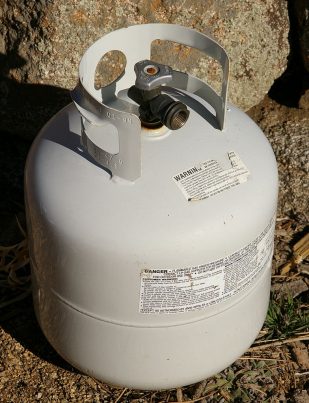 (Bugout.news) In December, a disturbing report surfaced that ought to have given pause to anyone who read it.

Natural News cited police sources in Missouri who were investigating large purchases of cell phones and thefts of propane gas tanks on the premise that someone may be planning terrorist attacks using the phones to remotely detonate strategically placed gas tanks.

The thefts of the tanks came as younger men who physically resembled those from some Middle East nations were attempting to buy very large amounts of phones, the report said.

“Somebody went in and bought 60 cellphones from Walmart; that’s not normal for this area,” explained Laclede County sheriff Wayne Merritt.

“I’m not going to say just because they’re different religion or because they’re Muslim, but these people were, they were foreign speaking. Then you need to take notice and you need to let us know about it because it doesn’t hurt to check on it. You’re not being racist or anything like that; you’re just protecting yourself,” Merritt added.

It’s very likely that at the time of the report many dismissed it as far-fetched, unrealistic or simply coincidental. They shouldn’t think that way any longer.

Earlier this week the UK’s Daily Mail reported that a female Islamic terror suspect left a car packed with explosive gas cylinders parked next to Notre Dame Cathedral in Paris. The paper reported that police found seven cylinders inside the woman’s car, “prompting fears of a terrorist attack on the ancient place of worship, which is high on a list of ISIS targets.”

No doubt ISIS would love to decimate a Christian place of worship as iconic as Notre Dame Cathedral, but the bigger story, to us anyway, is the method/weapon of choice: The gas cylinders.

To our knowledge, those dozens of gas cylinders stolen in Missouri late last year have never been recovered. And there was never any reasonable explanation as to why so many were taken at once; generally speaking, if some bubba wanted to grill some steaks and was out of gas, he might take one or two – but not dozens.

There is also this: A thwarted terrorist attack in New York City in 2010 involved a vehicle and an explosive device that contained four gas cylinders. Plus, militants and fighters in Iraq, Afghanistan and Syria have used cell phones to remotely detonate explosives.

Paris isn’t in the United States, of course, and neither is the Notre Dame Cathedral. But the type of attack and nature of the explosive devices are indeed very similar to what could be unleased at some point all across Europe and the United States. Terrorists only have be successful some of the time in order to be effective; law enforcement, national security officials and the military have to be right every single time in order to keep people safe. But they, of course, cannot be everywhere at once.

The kind of damage that a single exploding propane tank may create depends on many factors such as density of a crowd, location of the device and so forth. But it’s clear that our terrorist enemies would like to use them as weapons of war.

The only question is when – and where – they will deploy them.