If it’s survival liberals are interested in, then they’d better pray for a Clinton loss 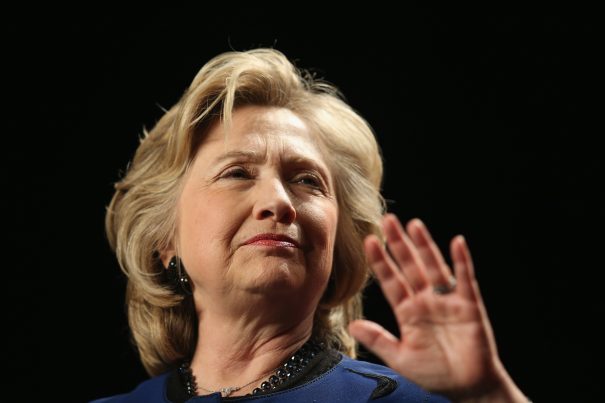 Democratic-leaning sycophants with money, be they in Hollywood or elsewhere, are claiming that they can’t “trust” Trump with the nuclear codes. That’s a talking point Democratic presidential nominee Hillary Clinton used in the first debate.

As such, more and more of them are investing in underground “luxury” bunkers, to escape the death and destruction they are convinced Trump will reap on the world if he wins. After all, if you’re going to “rough it” for a few years, might as well be in style, right?

But the fact is, rich regressive limousine liberals – and “ordinary” Americans as well – ought to be scared of a Clinton presidency more, if their biggest worry is the end of the world as they know it. This is a woman who, because she believes she has operate in secrecy, expended the money and effort to install and use her own personal, unsecured email server to conduct official business while serving as Obama’s secretary of state.

And, according to the FBI, it’s very likely that server – and the personal devices tied to it – were repeatedly hacked by foreign governments.

“We do assess that hostile actors gained access to the private commercial e-mail accounts of people with whom Secretary Clinton was in regular contact from her personal account,” said FBI Director James Comey, in announcing (surprisingly) that he would not recommend Clinton be prosecuted for obvious violations of federal law governing the handling of classified information.

But Trump is the one who’s a wild card, too prone to uncertainty? How does a billionaire get to be a billionaire being unpredictable, unsafe and hazardous? No one from Hollywood, or any Democrat, really, seems capable of answering that question.

All Hillary could do was put up question marks about whether Trump was actually as rich as he is, much in the same way that retiring Senate Minority Leader Harry Reid lied about then-GOP nominee Mitt Romney not paying his taxes.

Today’s uber-rich who want to build underground bunkers because they think a Trump presidency will mean the end of the world said the same thing about Ronald Reagan before he won (overwhelmingly) two terms as president. And all Reagan did was defeat communism and win the Cold War without ever having to have fired a shot at the USSR.

But in reality, if Clinton wins, that is when they should build their bunkers. She’s the one who is totally compromised and indebted to foreign governments who do not have our bests interests in mind. None of our adversaries fear her like they fear a Trump win. They know they can walk all over her because they have the goods on her (and have already bought their access).

They have no such inroads with Trump. So who’s the bigger risk to our safety and security?