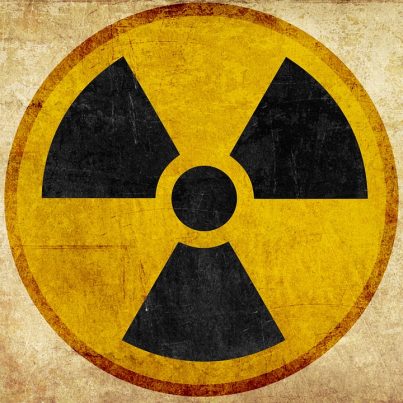 The environmental disaster that was caused by the Fukushima-Daiichi nuclear power plant accident continues to persist, even today. While the mainstream media continues to push the belief that everything is just fine and dandy — this simply isn’t the whole truth.

Migratory fish, specifically bluefin tuna and albacore tuna, have tested positive for two radioactive isotopes that were released in the wake of Fukushima.  While the National Oceanic And Atmospheric Administration claims that the levels of Cesium 134 and Cesium 137 found in these fish are “far and below levels that are considered cause for concern,” one just has to wonder: what about the other radioactive isotopes that were released? How can they be so sure that these isotopes, at any level, have no potential for harm? And how do we know that this situation isn’t going to get worse?

The two isotopes that have been declared present in West Coast fish are Cesium-134 and Cesium-137. Cesium-134 has a half-life of about two years, while Cesium-137 boasts a half-life of 30 years. The half-life is the rate at which a radionuclide breaks down to half its original atoms. The half-life is a time-based measurement that can appear in any increment from seconds to millions of years. This is important because it allows us to understand how long radioactive substances can persist in the environment.

The concern with these isotopes particularly in fish is the ability of Cesium-137 to accumulate in the tissue of fish, and potentially cause tissue accumulation of the radioactive isotope via consumption.

One thing that is rather interesting about this recent research is that there was no testing done for Strontium-90, another radioactive isotope that was released by the Fukushima accident. Strontium also has a lengthy half-life, of about 28 years.

When scientists initially tested Japanese waters after Fukushima, they found that Cesium concentrations were about 40 times greater than strontium — but this is something that researchers said was changing in 2016. Ken Buesseler, a radiochemist with Woods Hole Oceanographic Institution and some of his colleagues from  Universitat Autònoma of Barcelona, Spain have discovered that the presence of strontium-90 in the water is not falling at the same rate as cesium — it is taking much longer to break down. Some of their concerns about strontium lie in the thousands of tons of strontium that is still stored in tanks at the nuclear power plant. It has accumulated in buildings and soils and some of it is still pouring into the ocean — and honestly, who knows what else Fukushima is still leaking into the environment.

Because strontium is similar to calcium and is taken up by human bones and teeth, it is potentially many times more dangerous than cesium. Cesium is usually excreted by the body in a matter of months, whereas strontium can remain in bone tissue for years.

The CDC’s Agency for Toxic Substances and Disease Registry explains, “Children are likely to be more vulnerable than adults to the effects of radioactive strontium because relatively more goes into bone when it is growing. Also, children are potentially more vulnerable than adults to radiation damage because they keep radioactive strontium in bone for a longer time.”

While scientists say that the amount of strontium and cesium in fish is very small, strontium’s potential for accumulation in bone tissue — especially in children — should probably be of greater concern. Apparently, wishing to exercise caution around radiation makes you “antiscience” these days.

The potential for consistent, chronic exposures to even low levels of radiation through a variety of sources is what is truly risky here. It’s not just the fish or just swimming in the ocean or just drinking the water: it’s the exposure to all of these things on a regular basis that may indeed prove to be quite problematic.

It’s also worth noting that in 2016, the EPA raised the allowable limit of radioactive elements in drinking water by a staggering 3,000 percent. Eco Watch reported that the new limit would be equivalent to having 250 chest x-rays in a single year. So when the government announces that the fish contain amounts of cesium that’s substantially lower than the amount of radiation allowed in drinking water, that doesn’t actually mean its still safe anymore.