Be prepared: These 10 foods quickly disappear from grocery stores when a disaster strikes 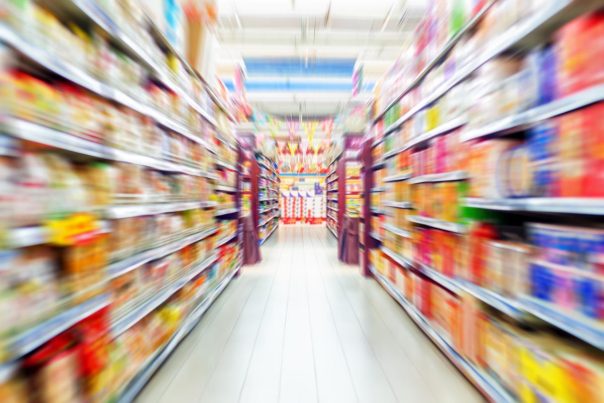 There are certain foods that are sell out almost immediately in a disaster, and it is necessary that we all take note. Why is this important to know? The first is rather obvious: You can begin stockpiling those items now to avoid running out in the future. The second reason is more informative. Assumptions often lead to false conclusions. It would seem that sometimes “common sense” is not so common. OfftheGridNews.com compiled a list based on their own observational study featuring the top ten foods that disappear from grocery store shelves during an emergency. Staples such as water and bread rank high on the list but there are also a few surprising additions.  Their list is as follows:

These were ranked according to how much of these items were bought and the level of importance consumers placed on them. As you can see, beer and alcohol enter the list as the third most important food item. If you are baffled by this, think again. There are a few psychological and sociological aspects to consider.

The Psychology of Panic Buying

When the unforeseen happens, people tend to panic. This leads to questionable buying habits — including, yes, going to the alcohol aisle.

Scientists have found that during cases of emergencies, the brain immediately responds to its baser instincts. It becomes focused on survival. This explains the necessary items like water and bread. Explaining the beer, researchers hypothesize that contrary to Maslow’s Hierarchy of Needs, vices are considered an essential. During disasters, people need to relieve their stress; they want to forget. Beer and alcohol is a preferred method.

More importantly, people are often triggered to buy what they think they need. Grocery stores have carefully studied the psychology of consumer buying and when a disaster warning is issued, stores stock up on items they believe their customers will find necessary and place them near the store’s entrance. Studies have found that people tend to choose whatever item is most accessible or familiar to them.  If the item is placed at the front of the store, or is at eye-level and displayed more prominently, consumers are more likely to stock up on it, rather than something they have to search for.  The idea being that they will later have a need for these items.

The concept to remember here is panic, which scientists say is one of the least understood psychological concepts. People are driven by a self-induced feeling of shortage. This is another reason why shoppers attach greater significance to their food purchases. Even if they overstock, they feel that they have “won” over the competition and are better prepared for the disaster.

So, What Do I Really Need?

Disaster preparedness takes practice. Now that you know what foods are bought first, try buying these items now to avoid a shortage. Peanut butter and canned soups are good recommendations. Avoid items that require refrigeration. Items to consider should be easy to store, easy to prepare, and easy to eat. Think of food that can be eaten without hot water or cooking mechanisms. Thus, contrary to the list, stocking up on instant coffee or frozen prepared food is not really a good idea.

It is also good to note that water is the fastest item to run out during emergencies. It is estimated that only the first 100 customers at any grocery store will get to buy water. You should only buy water in quantities necessary for survival. Remember that there are other families who need it. Bread, too, should be bought in usable quantities. Apart from it having a limited shelf life, disaster preparedness should not equate to complete monopolization.