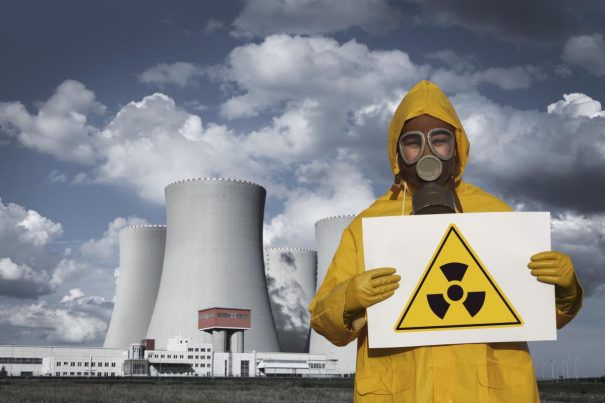 The Fukushima disaster that occurred six years ago last month continues to plague Japan and the rest of the world to this day. Heavily damaged by a massive tsunami caused by an equally destructive earthquake, radioactive problems persist without any relief in sight.

In fact, as noted by Fukushima Watch, the world’s worst nuclear disaster since the 1986 Chernobyl plant meltdown in Ukraine could get even worse if the plant’s fuel rod storage pool collapses:

…[A] former nuclear engineer, Arnie Gundersen, believes the worst is yet to come, as workers at the plant get closer to the reactors.

“As they get in [the containment vessel at Fukushima Daiichi Unit 2], they’re finding that combination of hot steam – these are not just radioactive chemicals, but it’s a toxic mix of chemicals that are going to react with the steel,” he said in an interview with the BBC. “So there’s rust and hunks of nuclear fuel lying around, and steam, and it’s raining all the time because of the condensation.

“I think it’s about as close to hell as I could imagine,” he added, noting that the contamination will continue for thousands of years.

Could something like that happen in the United States? Could a massive earthquake severely damage domestic nuclear plants? That depends on who you ask. (RELATED: Media blackout over “unimaginable” radiation levels detected at Fukushima… MOX fuel melts through reactor floor… half-life of 24,000 years)

A new interactive chart created by the Union of Concerned Scientists, which is really a database of U.S. nuclear reactors and safety issues associated with them, shows a higher-than-average concentration of nuclear plants along the nation’s East Coast that are at risk of being damaged or destroyed by an earthquake.

Further inland, there are other nuclear plants at risk, though they are not as concentrated as those on the East Coast, and many have only a single nuclear reactor. They include plants in Tennessee, Louisiana, Florida, Alabam, South Carolina, Illinois, Iowa, Ohio, and Kansas.

According to the Nuclear Regulatory Commission, American nuclear plants are supposedly built to withstand earthquakes and other “environmental hazards.”

“Even those plants that are located outside of areas with extensive seismic activity are designed for safety in the event of such a natural disaster. The Nuclear Regulatory Commission (NRC) requires all of its licensees to take seismic activity into account when designing and maintaining its nuclear power plants,” the federal agency says on its website.

But the Fukushima Daiichi plant was built to similar specifications. And yet they suffered major damage. Why? (RELATED: Nuclear Engineer Says Fukushima Is “As Close To Hell As I Can Imagine,” Contamination Will Linger For Decades)

An after-action report by an independent Japanese investigatory body found that the accident was entirely foreseeable – and perhaps even preventable – but the plant’s owner, Tokyo Electric Power Company (TEPCO) failed to meet basic safety regulations like performing risk assessments and preparing for the containment of collateral damage. Also, the company scrimped on evacuation plans.

In 2014, a senior federal nuclear expert recommended a nuclear plant in California be shuttered due to its risk of suffering major damage in an earthquake, CBS News reported.

Michael Peck, who was Diablo Canyon’s chief on-site inspector for five years, said in a 42-page confidential report at the time that the Nuclear Regulatory Commission was failing to apply “the safety rules it set out for the plant’s operation,” the news network reported.

Stay informed about the nuclear power industry at Nuclear.news.