DHS chief says if we knew all he does about terrorist threats, we’d “never leave the house” – don’t stop prepping 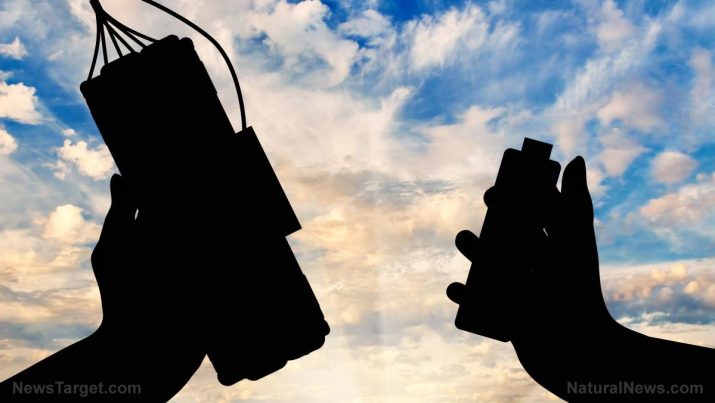 The head of the Department of Homeland Security dropped a bombshell during an appearance on a cable news program Friday morning that ought to cause every prepper to double-down on their efforts to get ready and those who are sitting on the fence considering the prepping life to finally pull the trigger and get busy.

John Kelly, a retired Marine Corps general, made a comment indicating that the terror threat in the United States is far worse than many realize, and that if most people knew all the facts, they would “never leave” their homes, The Hill reported.

“I was telling [Fox News host] Steve [Doocy] on the way in here, if he knew what I knew about terrorism, he’d never leave the house in the morning,” Kelly told “Fox & Friends.”

He added that there have been four major terrorist attacks just in the past week — in England; Egypt; the Philippines; and Indonesia — “by generally the same groups.”

“It’s everywhere. It’s constant. It’s nonstop. The good news for us in America is we have amazing people protecting us every day. But it can happen here almost anytime,” he added.

Yes, we have great people in the intelligence and homeland security sectors protecting America — but we also have leakers who are trying to destroy President Donald J. Trump. And we have newspapers like The New York Times, the Washington Post and others ready and willing to endanger our national security by publishing every single piece of information, even if it affects ongoing terrorism investigations, as News Target reported on Thursday.

And while we have not suffered many terrorist attacks on our own soil since Barack Obama and his politicized Justice Department have left office, Kelly — a no-nonsense, plain-speaking former Marine commander — obviously knows things the rest of us don’t about the threats we face.

America, like Great Britain and many of Europe’s democracies, is rife with the kind of “soft targets” like the Ariana Grande concert in Manchester earlier this week. Security was virtually non-existence and the suicide bomber, who was already known to British authorities and who scoped out the venue the week preceding the attack, had no trouble getting in, detonating his suicide vest and killing or wounding more than 140 people.

Whether it is a sporting event, a concert, an open-air shopping venue or a holiday celebration drawing thousands of people, each of these makes a lucrative target for ISIS-inspired or ISIS-trained terrorists. And as Kelly noted, just because we’ve got good people on the job 24 hours a day trying their best to protect us, in the end, that might not matter.

So if you’re a prepper but have not done much actual prepping in quite awhile, now is the time to consider stepping up your game. If you’ve not yet taken up prepping, now is the time.

What steps can you take in the age of terrorism to better prepare for contingencies? Consider these steps, as noted by National Terror Alert:

Improve your emergency communications plan: Choose an out-of-town relative or friend, far enough away from you that they would likely not be affected by even a regional attack, to be your point of contact. Every member of your household should have contact info for that person or persons — telephone number, email address and physical address. Leave the numbers at your children’s school (if you have kids in school) or at your place of work. Family members should know that in an emergency phone lines will be jammed; tell them to be patient.

Meeting place: Set up a pre-determined place to meet should you have to be evacuated. If you have kids who can’t drive, take that into consideration — a meeting place should be close enough they can walk to it and wait for you to arrive.

Check your supplies: Make sure you’ve got enough food, water, basic provisions and clothing for at least a week to 10 days. Unopened bottled water should remain fresh for years; make sure your stored food has not expired.

Weapons at the ready: Keep a firearm and extra ammunition handy at all times (in compliance with local laws).

Our DHS chief is clearly impressed (and not in a good way) by the terrorist threats we face in our own country. It just doesn’t make good sense to ignore him and not take the time to ensure our own emergency plans are updated and we are as prepared as possible for any emergency.