Will the upcoming total eclipse of the sun create a national emergency? Some states think so 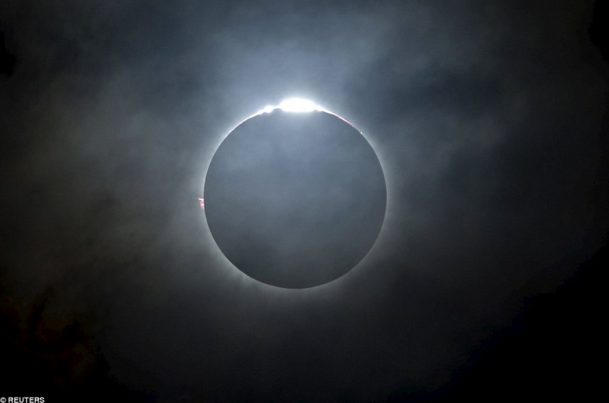 Tens of millions of Americans are eagerly awaiting a chance to view the moon’s near-total eclipse of the sun on August 21, an event that won’t happen again in our lifetimes as it only occurs once every 99 years.

But while most people are anticipating one of the coolest space-related scenes they’ll ever witness, some states are gearing up as though the event will cause some sort of regional or national emergency.

As reported by CBS Philadelphia, states and cities in the eclipse’s path seem to believe some sort of “disaster” will accompany the event and are preparing accordingly:

The disaster prep work stems from the massive tourist attraction the solar eclipse has become. The eclipse’s path of totality, where the moon will almost completely block the sun, covers a 70-mile-wide lane that will cut across 12 states from Oregon to South Carolina. There are an estimated 12 million people in the eclipse’s path.

A number of small communities and otherwise sparsely-populated regions of the country in the path are expecting to see their populations double or even triple as they become inundated with spectators, visitors, and tourists.

What happens next is anyone’s guess.

Officials in several counties in Oregon and Idaho have already made emergency declarations, most likely as a way to tap state and even some federal resources. “Local officials are citing increased public safety risks, financial damage, and excess costs of cleanup and property damage for the alerts,” CBS Philadelphia reported.

Meanwhile, on the East Coast officials in South Carolina and elsewhere are beginning to stock up on bottled water, port-a-potty services, and other emergency preparations in anticipation of the coming lunar blackout. Also, the Red Cross is putting up a number of shelters in the 12 states affected by the eclipse as a way of assisting local governments and their emergency services, in case they get overwhelmed.

What’s odd about this is that most people have no idea that such emergency planning is even taking place, thinking that the lunar eclipse is just some benign event. That means if something bad happens, most people will be caught completely by surprise.

But there are a lot more potential scenarios that we should consider.

Terrorists could use the event to stage an attack, perhaps in a part of the country not used to dealing with large crowds of people and, therefore, not equipped to handle mass casualties (meaning the death rate would most likely be higher than if an attack occurred somewhere there are more medical facilities, law enforcement, military presence, etc.).

Also, domestic groups could use the event as a distraction — to stage attacks on the civil society to riot, to loot or cause other forms of mayhem.

The point is, as preppers we should be ready for anything, anytime, anywhere. We must learn to expect the unexpected. We have to learn how to anticipate danger and to believe it can exist even in instances where wouldn’t normally expect it. (Related: Humanity Is One Asteroid Impact Away From Being Wiped Out.)

Think about the 9/11 attacks. In the deep recesses of government there may have been a few people who thought that commercial planes could possibly be hijacked and then used as guided missiles against key targets, but clearly, that wasn’t a danger widely recognized or even believed by most government officials at the time. That’s one of the reasons why that mode of attack was so successful; almost nobody expected it and therefore it could not be anticipated and stopped.

The same could happen with the coming eclipse. Just food for thought as millions travel and jockey for a great viewing position and think that trouble is the least of their worries.