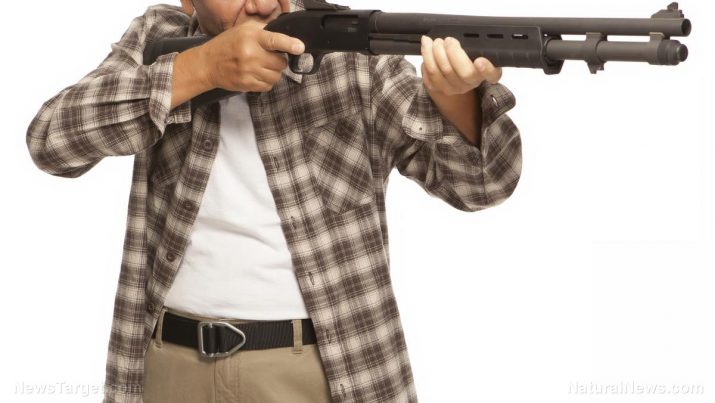 It’s no big secret that liberals love to bash guns any chance they get. But should they ever encounter a situation where they actually need one to protect themselves, chances are their tune would quickly change. On the other hand, most conservatives already recognize the importance of owning firearms for self-defense purposes – but how many of them actually know which ones are most critical in a life-or-death situation?

Since it’s a logical fact that law enforcement and first responders can’t always be right on the scene immediately when help is needed – especially in an extreme emergency situation – it’s up to We the People and the Second Amendment to fill in that gap. It’s what our founding fathers envisioned, and a heritage that every patriot should cherish. So when it comes to shotguns specifically, which ones are considered must-haves? Here are five of the best options currently on the market.

Known for its world-famous 75 pistol – which many people consider to be the world’s greatest pistol – the CZ company also makes both rifles and shotguns. One of these is the CZ 612 pump action shotgun, a top-quality firearm with an aluminum receiver and dual action bar design that creates very little resistance when pumped. The safety is also located on the rear side of the trigger guard, which is similar to the Remington 870.

The Mossberg 500 is a shotgun classic, with more than 10 million of the engineering beauty’s having been sold to civilians, police departments, and militaries around the world since the 1960s. The Model 500 is extremely durable, easy to use, and very affordable, which is why it remains a top pick when it comes to owning a basic, everyday shotgun.

Since its introduction, the Model 500 has been joined by multiple newer family members, including the 590 and 590A1. The Model 590 has a redesigned magazine tube that’s easier to clean, while the Model 590A1 has steel trigger guards and safeties as opposed to polymer. The Model 590A1 also has a heavier receiver, bayonet lug, and a more corrosion-resistant, parkerized finish as opposed to the traditional blued finish.

The most popular shotgun of all time, the Remington 870 isn’t necessarily better or worse than the above mentioned shotguns. But it is perhaps the most well-known shotgun, and the brand that many people turn to for both quality and reliability. With countless variations, the 870 is here to stay, and you really can’t go wrong with it – hence why it remains the most popular shotgun in the world.

The successor to the Winchester 1300, which was discontinued in 2006, the Winchester SXP has its roots in both World War I and World War II. Why might one choose the SXP over the Mossberg and Remington options, though? If you prefer speed and slickness, the SXP is where it’s at, as Winchester has installed a unique type of pump action that relies completely on inertia and reward momentum, which means very little resistance when chambering a new round.

This is particularly beneficial in a self-defense situation where speed and quickness makes all the difference in the world. And the good news is that the SXP is still affordable, even with its stainless steel variants that provide maximum quality and longevity.

The United States Marine Corps didn’t add this Italian beauty to its arsenal in the late 1990s for no reason. Though a bit more on the expensive side, the Benelli M4 is unique in the fact that it’s semi-automatic. This means having the ability to shoot multiple rounds much more quickly – which in a firefight translates into huge advantage.

Waterfowl hunters the world over rely on the M4, but it’s also an excellent short-range solution for “preppers” who want to protect themselves and their families in a worst-case scenario. Its synthetic butt stock and pistol grip make it a great option even for those who don’t have the best accuracy.