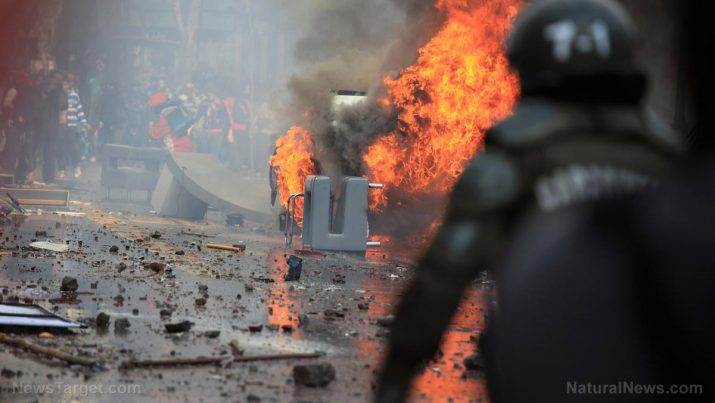 According to J.M. Phelps of OneNewsNow.com, “Massive amounts of precursor chemicals coming from China are being used to supply super-labs in Mexico for the production of methamphetamines and more – and America is being harmed in the process.”

OneNewsNow reached out to a former head of the Special Operations Division (SOD) of the Drug Enforcement Administration (DEA) to inquire about the global drug trade, where China uses precursor chemicals to illegally manufacture narcotics and psychoactive substances. According to Derek Maltz, China’s involvement in the global drug crisis is an “underreported story” and that “it’s been going on for years and the average person doesn’t even realize it.”

However, Maltz acknowledged that in the late 1990s and early 2000s, the DEA “did an amazing job cutting off the ability for ‘mom and pop’ labs [in the U.S.] to produce meth.” During that timeframe, the importation of precursor chemicals into the U.S. used to produce meth was successfully targeted.

As a consequence, the former DEA executive claimed that drug-dealing “kingpins” like Chapo Guzmán and other competitors saw this development as “a golden opportunity to make a killing — so … they started bringing in massive quantities of precursor chemicals from China and other countries in Asia.”

According to Maltz, the precursor chemicals were brought into Mexican ports to be sent off to various “super-labs” across the nation.

“Cartels started dominating the methamphetamine production business inside of Mexico,” Maltz explained. “Cartels like the Sinaloa Cartel and the Jalisco Cartel built super-labs in Mexico to produce massive amounts of methamphetamines, up to seven tons of meth every three days.” He also noted that higher volumes of meth have been produced in those labs for a while.

Although the majority of the focus has been placed on fentanyl, Maltz argues that the meth crisis in America is “exploding.” While meth may not be claiming American lives at the same rate, he contends that the drug is causing bigger problems across America.

The cartels also came to the realization that the synthetic drug market was a way to increase their profits, Maltz highlighted.

“[Cartels] started looking at this as a business opportunity,” asserted the former SOD director. He called attention to the fact that “K2” and “spice” became commonplace names of these kinds of drugs about a decade ago. In the present, similar chemical compounds are being exported from China to Mexico.

“The Chinese are now seeing an opportunity to make massive amounts of synthetic drugs which will eventually be sold in America,” he continued. China has more than 150,000 chemical companies, and the country is making millions of dollars from the sale of “these poisons,” Maltz added.

Not only are the Chinese profiting from precursor chemicals and synthetic drugs, but “they are [also] making bigtime amounts of fentanyl – and the Mexican cartels are buying it directly,” he continued. Maltz claimed that China is also shipping some of these chemicals directly to customers using the U.S. postal system. Many websites in China are selling these chemicals.

“The Chinese are dominating the money laundering services business for the cartels in America,” he asserted, detailing how it’s very difficult for law enforcement to infiltrate ethnic Chinese groups.

The former DEA official said that a large number of informants are Spanish-speaking, in addition to undercover agents who can infiltrate Mexican-connected organizations.

“[But] law enforcement doesn’t have an unlimited cadre of informants and undercover agents that speak these [ethnic Chinese] languages,” he told OneNewsNow. As a consequence, law enforcement has a more difficult time infiltrating these groups. In the meantime, drug traffickers continue to profit handsomely through a complex trade-based money laundering scheme which China manages.

“America is a big adversary to China, so it’s not far-fetched to think the Chinese are purposely killing Americans and making millions of dollars while doing it” – and weakening their “adversary America” by destroying communities and families, he contended.

Maltz described the alliance between Mexican cartels and China “fascinating” – and he believes it is unfortunate that America is having to allocate so many resources to tackle this problem.

“It’s amazing,” he concluded, “that no one is reporting this ongoing Chinese business arrangement with the cartels designed to make a lot of money and to hurt America at the same time.”

By cutting off immigration, criminal syndicates will have less co-ethnics to potentially recruit from, while also encouraging further assimilation among migrant groups.

Diversity is not a strength and continuing the post-1965 Immigration Act policy prescriptions will lead to institutional breakdown.

Read more at: BigLeaguePolitics.com and DrugCartels.news.