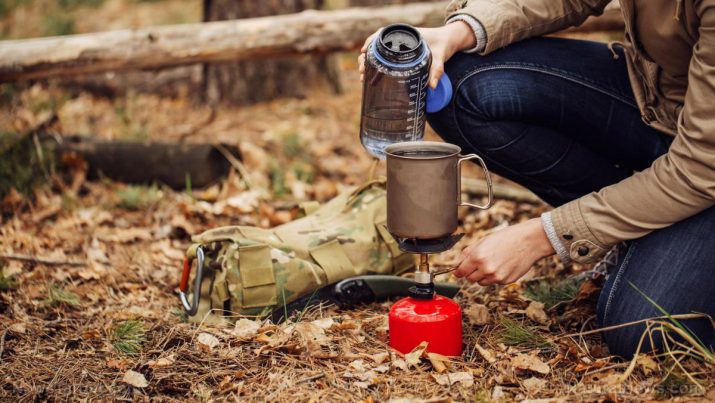 There is a lot of misinformation out there about what preppers should and should not do when SHTF, with a lot of it being recycled ideas people gather from consuming post-apocalyptic fiction. This article will hopefully help you avoid falling for them. Here are seven dangerous “ideas” that you should not try during actual disaster situations. (h/t to SHTFBlog.com)

Keeping plenty of items on hand for bartering

Bartering brings with it several security concerns, especially if the person you’re looking to trade with is a complete stranger or somebody that you don’t fully trust. As a rule of thumb, you should only barter for skills. Your skills for their items, or your skills for their skills. If you do have to barter goods, do it with somebody who you are absolutely certain will not break your trust.

The food you stockpile should be different from the food you eat on a daily basis. Your daily diet should consist of a variety of healthy foods rich in vitamins, minerals and plant compounds. When it comes to survival food, some considerations have to be made for shelf life, especially for preserved meats, which may have more sodium and natural preservatives. This means it isn’t advisable to stockpile the foods that you like eating, especially if they rely on easily perishable ingredients.

This doesn’t mean you can’t eat healthily, as there are plenty of nutritious foods you can stockpile that have long shelf lives, such as peanut butter, dried fruit, granola bars and cereals.

Learning all the ways to start a fire

Preppers might fall for the trap of focusing too much of their effort into how to start a fire. This means that not enough thought is given to how to maintain a fire. Campfires require a lot of fuel to keep going, and the tinder you used to start the fire is going to burn very quickly. Learn how to keep a fire going, so your next fire won’t run out of fuel while you’re trying to cook a good meal.

Thinking that bullets or gold will replace regular currency

It is unlikely that a box of .22 caliber rounds will end up becoming the world’s new currency when SHTF, especially because a currency requires people to agree upon an item’s value. Your box of ammunition might be more valuable to you than to somebody who is looking to fill their bellies. Instead of putting too much effort into stockpiling metals like silver and gold, consider investing in hard assets, such as land, survival gear and livestock.

Thinking that chaos will erupt only after three days without food

There’s an idea that civil society is only able to keep people in line while their bellies are full, and after three days without food people will become more and more desperate, and law and order will break down. In reality, all hell will break loose long before people start feeling hunger pangs. It is more likely that panic will ensue once people hear information that causes them to believe they have no other option but to loot the nearest grocery store. This first instance of unchallenged theft and destruction of property will be the signal that the rule of law has broken down. (Related: Prepping 101: Where do you buy supplies if big box stores near you are almost out of stock?)

Teaming up only with people you agree with

Everybody disagrees sometimes. No two people have the exact same opinions about every single thing. Even married couples who have been together for decades argue over some things. Your prepper group should not be filled with people who will agree with you on everything, it needs to be composed of skilled and talented people who will be able to contribute to the well-being of the entire group. Somebody you disagree with but knows how to raise livestock, for instance, will be better company than a dozen men who will say yes to everything you say but can’t contribute any survival skills.

Believing that you no longer need to prep

There might come a point when you feel like you have prepared enough. This feeling can lead some preppers to stop polishing their skills and to no longer maintain their stockpiles of supplies, which is dangerous. To keep yourself prepared for all kinds of disaster and emergency, the work never really stops.

Learn more about what you should and should not be doing as a prepper at Preparedness.news.