Dead wrong: 15 Wilderness survival myths that could cost you your life 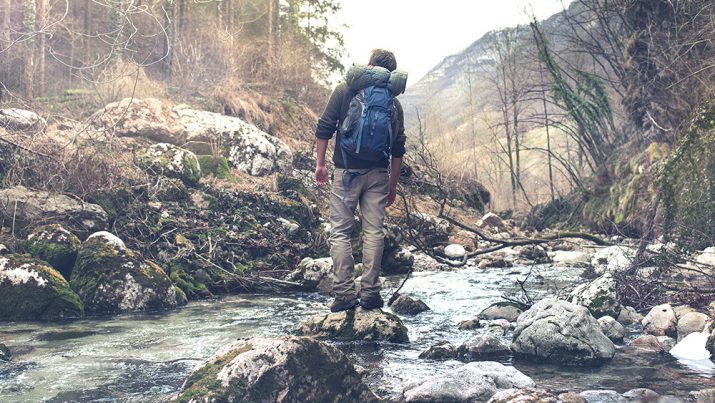 There is something about the thought of being able to survive and make it through safely in the wilderness that is thrilling for most people. Time and again, that idea has been glorified in movies and television shows. However, being able to survive in the midst of nature’s harsh conditions is not a simple affair.

Life-saving survival skills cannot be learned merely from watching movies or television shows. Worse, you may have actually heard several survival tips or advice that are actually wrong.

Below are 15 wilderness survival myths that could cost you your life in the wild: (h/t to PreppersWill.com)

1. Using a solar still is a great way to get water in the wild.

A solar still is a simple device used to obtain fresh water using only solar energy. It is typically used in far-flung areas with limited access to water. The idea is that as the sun’s energy heats water from the ground to the point of evaporation, vapor will rise then condense into water again as it cools. The water will then drip into a container.

But rarely will you get enough water from a solar still. This is because how much water you can get from a solar still depends on various factors, including the moisture levels in the ground and the climate. As such, a solar still is not a very reliable tool to get clean drinking water in the wild, let alone in a survival situation.

2. Moss only grows on the north side of a tree.

3. You can eat anything you see birds and other animals eat.

Be careful when foraging for mushrooms as many edible ones have poisonous look-alikes. If you do not know your mushrooms, it is best to leave them alone and forage for other foods instead.

5. Water should be boiled for five minutes to be made potable.

Boiling water for less than a minute is usually enough to kill waterborne pathogens, like bacteria and parasites because  water boils at 212 F at sea level, and these organisms die at 158 F. But in high-altitude places it boils at lower temps; in that case, it is better to boil water for a full minute just to be safe.

6. Finding shelter is always your top priority if you get lost in the wild.

Finding or making a temporary shelter should be one of your priorities if you get lost in the wild. However, whether or not it should be your top priority will depend on the situation at hand.

For example, if it is the middle of the day and the weather is pleasant, shelter will not be much of a priority. Finding water and food will be more important. But if it starts raining, you should look for shelter first.

Put simply, do not rely on a rigid set of rules. Adjust your priorities depending on the situation.

7. If someone gets bitten by a snake, try to suck out the venom immediately.

If someone gets bitten by a venomous snake, do not try to suck out the venom. It does not work. The venom gets delivered directly into the person’s bloodstream, and placing your mouth on the bite may only bring more bacteria to the open wound. The venom may even reach your mouth and, eventually, your esophagus.

Do not use painkillers either, and do not apply a tourniquet. Instead, hold the bitten limb below the level of the heart and rush the person to a nearby hospital.

8. You can drink urine if there are no other water sources available.

Urine contains numerous waste products that the body needs to eliminate. Ingesting urine only brings those waste products back inside the body. Look for a different water source instead.

9. If you get lost in the wild during winter and you get dehydrated, eat snow.

Snow is made of ice crystals, which have sharp edges that can cause tiny cuts inside the mouth. When ingested, snow can also lower core body temperature.

Instead of eating snow directly, let it melt in a container, then purify it to make it safe for drinking.

10. If you get lost in the wild, ration your water supply to make it last.

You can ration food but not water. Dehydration is not something to take lightly, as it comes on fast and can even be fatal. Drink as much water as you need for as long as you have the supply to do so. At the same time, you should be on the lookout for water sources.

11. A lean-to shelter is the best survival shelter.

12. A lighter is all you need to start a fire in a survival situation.

Never rely on just one fire starter. A disposable lighter will do the job in most situations, but if your lighter gets wet or if the temperature is too cold, it might not work. In such cases, a ferrocerium rod or a flint and steel set will get the job done. (Related: Survival essentials: 6 Things to include in a survival fire starter kit.)

Even clear, running water could harbor pathogens invisible to the naked eye. It is better to be safe than sorry, so always filter and purify water collected from wild sources before drinking it.

14. Drinking whiskey will keep you warm.

Drinking whiskey may give you a feeling of warmth, but that is only a false sense of heat. What actually happens is the blood vessels leading to your arms and legs widen when you drink alcohol, allowing blood to rush through. This increase in blood flow is what makes you feel warm.

But that blood has to come from somewhere, and as it flows out to your limbs from your torso, the end result is a lowered core body temperature.

15. You can use tampons to treat bullet or major puncture wounds.

A tampon is a poor choice for bullet or major puncture wounds because it is designed to absorb blood, not stop bleeding. It would be better to use a pressure bandage or a tourniquet to stop the wound from bleeding until you can get to the nearest hospital.

Wilderness survival myths make for great entertainment, but they can also give people bad and even dangerous ideas. Instead of relying on potentially dangerous myths, follow advice from actual survivalists and do your research diligently.