How to remove radiation from water; nuclear detonation maps; inflation skyrocketing and more 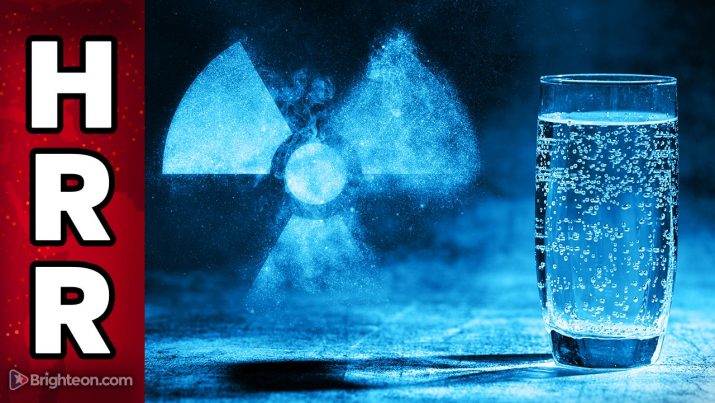 With NYC Mayor Eric Adams now admitting the recent nuclear survival PSA video was released out of fear of a Russian nuclear missile strike against New York City, we’ve decided to address a critical, practical topic for people who may find themselves in the fallout zone: How do you remove radiation from water?

The answer to that question is actually simpler than you might suppose, and I cover it in the first section of today’s podcast below. What most people don’t realize is that water itself can’t be made highly radioactive. H2O is just hydrogen and oxygen, of course, and although there are heavier isotopes of oxygen (with atomic masses of 17 and 18), they are stable and not radioactive. They can be used as isotopic markers in medical scans, but they don’t emit radiation themselves.

When you realize that H2O can’t be made radioactive, you come to understand that what makes water radioactive is the contaminants suspended in the water, not the water molecules.

Thus, you don’t need a special “anti-radiation” water filter to remove radioactive elements from water. Most high-quality filters will do the trick, as they remove lead, mercury, arsenic, cadmium, pesticides and other toxic elements or molecules as well.

Right now, I’m gearing up to run ICP-MS tests (mass spectrometry) on the cesium removal capabilities of major water filters, including the Berkey, Katadyn, REI camping filters and more. We are going to use cesium-133 as the stable isotope for this experiment, and we will publicly release the results in a few weeks, along with percent removal ratings for the water filters we test.

My initial assessment on this, by the way, is that most quality water filters are going to remove cesium contamination with very high efficiency. We will back this up with actual lab numbers and let the data speak for itself. 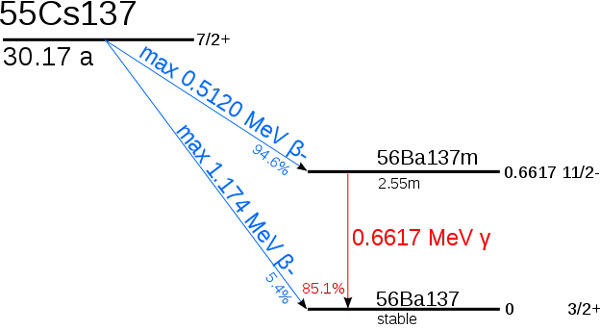 Cesium-137 is the most treacherous contaminant affecting the food and water ecosystems following nuclear accidents or weapons. It persists in soils, waterways and cow’s milk, among other things. It mimics potassium in physiological pathways, and if you consume cesium-137, it will get incorporated into your body’s cells, making you internally radioactive and sharply increasing your risk of cancer and / or radiation poisoning.

Cesium-137 has a 30-year half-life and contaminates soils and waterways for roughly 300 years. If Russia launches a nuclear strike against New York City, the entire New York and New Jersey region will be uninhabitable for three centuries.

NYC video says nothing about iodine, cesium filtration, bugging out or anything useful

What’s especially shocking to me is that the NYC official video warning residents about a nuclear strike offers no guidance at all about filtering cesium out of water, using iodine to protect your thyroid, acquiring radiation meters, bugging out, using dietary supplements to sweep radiation out of the body (from the digestive tract) and other useful information. It’s as if the NYC government just wants everybody to die. That’s why I call their video a “suicide checklist” for how to die in a nuclear attack.

If you want to live, keep listening to alternative media, where we not only understand the science, we want humanity to survive the genocide being carried out by globalist governments.

Download my current audiobooks — including Ghost World, Survival Nutrition, The Global Reset Survival Guide and The Contagious Mind — at:

Download my new audiobook, “Resilient Prepping” at ResilientPrepping.com – it teaches you how to survive the total collapse of civilization and the loss of both the power grid and combustion engines.