The battle for Los Angeles is LOST… LA County announces NO MORE TESTING for coronavirus, containment now impossible, 100,000+ may die in LA… prepare for chaos 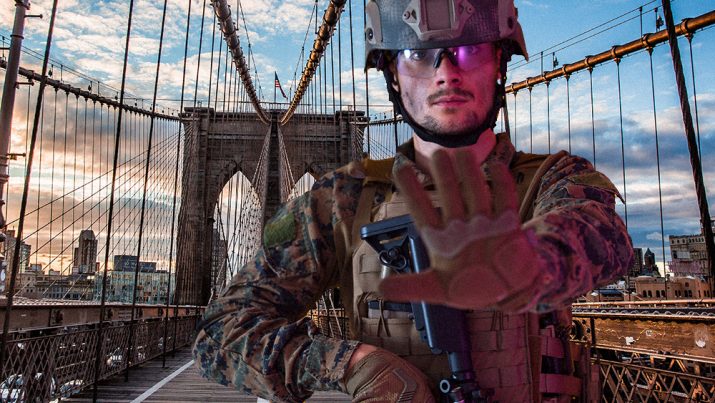 In a stunning admission that the speed of the spread of the Wuhan coronavirus has overwhelmed government officials and health care providers in California, Los Angeles County has now surrendered to the coronavirus. According to the LA Times, “Los Angeles County health officials advised doctors to give up on testing patients in the hope of containing the coronavirus outbreak, instructing them to test patients only if a positive result could change how they would be treated.”

The paper goes on to report the cause behind this catastrophic abandonment of any last hope of containment:

The guidance, sent by the Los Angeles County Department of Public Health to doctors on Thursday, was prompted by a crush of patients and shortage of tests, and could make it difficult to ever know precisely how many people in L.A. County contracted the virus.

As the LA Times openly says, the tipping point of containment has long since passed. That’s not even the goal anymore, and the number of infections being reported out of LA will no longer even come close to describing the real situation on the ground there:

The department “is shifting from a strategy of case containment to slowing disease transmission and averting excess morbidity and mortality,” according to the letter. Doctors should test symptomatic patients only when “a diagnostic result will change clinical management or inform public health response.”

The guidance sets in writing what has been a reality all along. The shortage of tests nationwide has meant that many patients suspected of having COVID-19 have not had the diagnosis confirmed by a laboratory.

We can thank the CDC for that shortage, of course, and the “Don’t test, don’t tell” policy that brought us to this catastrophe.

There are over 10 million people in LA County. Thanks to this new policy of abandoning any attempt to test people or contain the virus, we can now expect the Wuhan coronavirus to burn though the greater Los Angeles area with incredible speed.

Sooner or later, the infections will likely reach something on the order of 70% of the population, even with attempted social distancing measures in place. That’s around 7 million people becoming infected. Here’s how this breaks down based on current conservative numbers:

Expect chaos. Expect looting and violence. It’s LA, after all, and the gangs are barely kept in check even during good times.

Oh, and on top of all that, it’s going to be difficult to get food, too, since food production is cratering and food supply lines have largely collapsed.

We’ve got a lot of good information on how you can survive. Read Pandemic.news to stay informed.