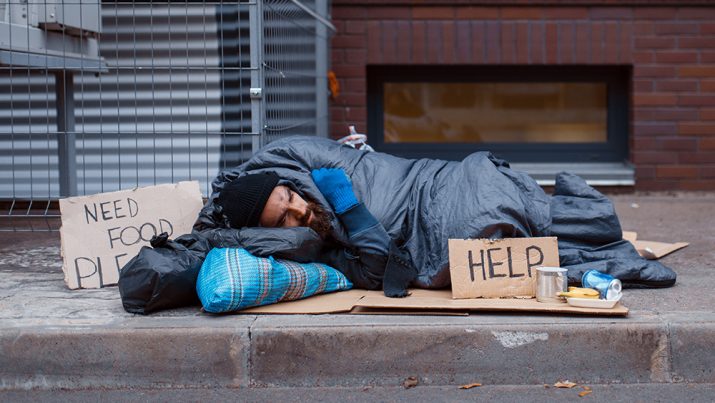 When pundits and analysts say our country isn’t going to come out of the coronavirus pandemic the same, they know what they’re talking about.

Already, things are different. For instance, the fact that so many Americans have been so willing to give up their basic freedoms to elected leaders with no appreciable resistance, ostensibly to ‘protect them’ from the Wuhan coronavirus (COVID-19), is a change that future tyrants are not going to forget, of that you can be certain.

We have also discovered that our ‘just in time’ supply chain is wholly impractical and unreliable if demand ratchets up even a little bit, as we’ve seen since the pandemic began. There are still stores in areas that don’t have toilet paper yet, for example, while shortages of food, water, cleaning supplies and other commodities needed to protect ourselves from infection are long gone.

We’ve discovered that China really isn’t a reliable global partner and that the Communist leadership is willing to let tens of thousands or millions die for a mistake.

Finally, we are learning that more Americans realize our urban centers are disease-ridden death traps when pestilence and pandemics break out.

CNBC reports that the demand for rural homes and property has skyrocketed over the course of the pandemic, and as sickness and death spread throughout our largest cities, the demand grew even more intense:

The CEO of real estate brokerage Redfin said Friday that demand for homes has shifted to rural areas as people react to the coronavirus pandemic and look to move out of dense urban areas.

The coronavirus pandemic has led to ballooning unemployment in the United States, and construction has paused in many cities across the country. Governors in many states, including in the northeastern part of the country, have extended their orders for staying at home into mid-May.

“We have seen that people are more interested in that house at the foot of the mountains by the lake,” Glenn Kelman said on CNBC’s “Closing Bell.” “Rural demand is much stronger right now than urban demand, and that’s a flip from where it’s been for the longest time, where everybody wanted to live in the city. We’ll see how it comes back, but there seems to be a profound, psychological change among consumers who are looking for houses.”

As for escaping the cities, we’ve been preaching that for years now

At the same time, the prices of homes has not fallen, either, according to Kelman. That’s because new listings are declining more than demand from home buyers. He noted that while buying demand overall right now has fallen about 20 percent, listing demand is three times lower — 60 percent — which is why prices have not fallen.

“The people who are selling right now are the ones who have to sell, and that’s still an essential part of the U.S. economy,” he said.

What’s more, the Federal Reserve’s efforts to prop up the banking and financial sector isn’t really helping, either. Though the Fed is trying to keep interest rates down and add liquidity to credit markets, Kelman noted that getting a home loan is becoming an issue for consumers.

He said mortgage lenders have generally stopped lending to buyers who don’t have a credit score of at least 700 and are requiring very large down payments.

“Nobody wants to service loans right now because they can’t front the cash,” Kelman said. “There’s 12 months of forbearance available for the consumer — which is great for the consumer, we should definitely do that — but it means that credit standards are tightening up right when houses are getting affordable.”

As for escaping the cities, we’ve been preaching that for years now. As Natural News founder/editor Mike Adams, the Health Ranger, wrote last month, he was told two years ago that U.S. cities would be locked down during a pandemic:

“In late November of 2017, a high-level government-connected source described to me almost the exact scenario that is unfolding now across America: Quarantined cities, the collapse of food supplies, the acceleration of martial law and other shocking details you may have forgotten you read here on this website over two years ago.”